or what is Inner Space Techniques (IST)?

“The invulnerable is not the one who never falls, but the one who stands up again each time after falling”. (Samuel Sagan)

Emotions can get you down, cloud your thinking and even interfere with your health. In times of stress or bereavement people find it difficult to sleep, tire more easily, and are more susceptible to catching colds. The field of psycho-neuro-immunology tells us that stress hormones create inflammation in the body, worsening existing pain and illness, or creating new symptoms. And conversely, physical therapy can directly affect mood, as shown by the beneficial effect that even small amounts of exercise have on low-grade depression. It’s clear our emotional life is intrinsically connected with our physical health. But aside from brain and body chemistry, there are other ways to understand emotions.

Forces of the personality

Hidden inside you are many factors that shape your experience of life. Your thoughts and moods, your beliefs and attitudes, memories and expectations. They colour your world and flavour your sense of yourself. They also create repeating emotional patterns in your life that are at the root of much distress and ill-health.

You could call these emotional patterns blockages or ‘baggage’. They are part of you, but they lie buried, or half-buried, inside. But they hold you back, they weigh you down.

In the Upanishads, sacred texts of ancient India, this emotional baggage had a name: samskara. A samskara is a psychological imprint or scar, caused by intensity. It is not the event itself, but the intensity of your emotions that creates the scar. That scar remains part of you, conditioning your attitudes and behaviour long after the event that caused it.

Imagine 7-year-old Tim, who refuses to eat fruit salad ice-cream, because at his fifth birthday party he vomited this up. Ever since that day, the mere sight of fruit salad ice-cream triggers waves of nausea and anxiety in Tim. He has an emotional imprint – a samskara – conditioning his response. Its effect is not only emotional, it is also physical and behavioural. The imprint is literally changing his experience.

This one is a minor samskara. It might even be overridden by something like affirmations or hypnosis. But when it comes to major samskaras, they have a gravity and are not so easily ignored or overcome. And their disempowering effect can be extreme, particularly when the causative event has faded in memory.

When Sarah was a child her father often came home drunk and aggressive. Little Sarah learned to tread on eggshells each day until she saw what sort of mood her father was in. She still remembers the stomach pains her anxiety would cause. For years she was frightened of him, until her teens, when fear turned to contempt. Now a young adult, Sarah avoids confrontation and is intimidated easily. Anger scares her, even her own. She is full of resentment towards her father but the last thing she wants is to become like him. The trouble is, trying not to feel angry isn’t really working. It ‘leaks’ out in all sorts of situations and Sarah finds herself offending people with her sharp words. Afterwards she is left feeling like the victim, just like when she was a child, and her stomach aches, just like it used to. This major samskara is having way too much influence for her liking.

Everyone has samskaras. Just look around, they are easy to see in other people. They condition the way people see themselves and the world. Samskaras create belief systems like: ‘No one really cares about me,’ ‘I always get forgotten,’ ‘You can’t trust anyone,’ ‘People are mean.’ Samskaras amplify emotions, trigger intense attractions to the 'wrong' people, and take away your clarity of thinking. Looking at all this, you could say that the more you are influenced by samskaras, the less you really have free will.

If a problem or blockage is due to a samskara, it can be rectified. Through techniques of deep emotional healing such as IST (Inner Space Techniques), deeply rooted issues can be resolved and profound change can happen.

IST happens in the inner space, an internalised state of consciousness that is deeper than the ordinary thinking mind. In the space you find yourself more on the level of feeling than thinking. In IST, the space takes you back to the samskara, the experience at the source of the current issue.

An IST session is directly experiential. When you are in the space, you can feel yourself in a different body, in a different time and place. There are images, sensations and emotions. You are lying with closed eyes on a comfortable mat with your practitioner sitting by your side, and at the same time you are immersed in the sensations and emotions of another time. The experiences can be from recent times to early childhood, right back to before you were born.

Focus on the present

Even though IST can take you to many kinds of past experiences, its purpose is simple and practical: to improve the present. In the same pragmatic spirit, IST doesn’t involve any hypnosis, suggestion or visualisation. This means it leads to a clear vision and experience of reality 'just as it is', without preconceptions or wishful imagination. This clarity is the basis for real emotional freedom.

Beyond the ordinary mind

IST can be used to explore states of consciousness far beyond the familiar levels of the mind. It’s not unusual to experience connection with high spiritual spaces and to have profound realisations about yourself and the nature of reality. Metaphysical experiences like these happen when you look beyond appearances, into the reality behind samskaras and other conditioning. Behind the chaos of the material world are levels of Divinity, the natural home of our own inner Spirit.

People tend to assume their problems are part of them, inherited from a parent, an inherent part of who they are. They say things like: "I’ve always been a worrier," “I hate public speaking,” or, "I have such a short temper.” They believe it’s just the way they are. But this is not true. Whenever an emotional pattern is due to a samskara, it can be changed. Resolve the samskara and then you are free. You start to see yourself in a new way. You are not just the same person with one less problem, you are more of your true self. And when you change, your world changes. People treat you differently, opportunities open, things that used to look impossible become open to you. For many people, there is a whole new start in life.

Ruth-Helen Camden is a registered psychologist and IST practitioner, and author of Past Lives, Everyday People's Remarkable Experiences (Allen & Unwin, 2009). Contact us on 02 8311 2800 to speak to one of our Patient Advocates about holistic psychology or IST with Ruth-Helen or book an appointment online. 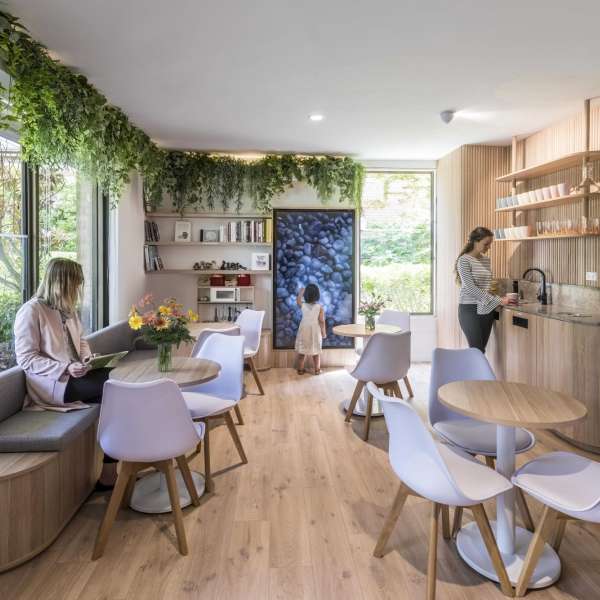